Micro Mower is a high speed, high skill, lawn mowing simulator. Decimate challenging lawns and advance your mowers capabilities. Take your mower up hill, down hill, even off the face of the earth.

I played your game on my Twitch channel www.twitch.tv/zedkraze You can find a replay of the stream here: Check the description on the video to jump to your game

I'm going to be brutally honest: it was pretty difficult to play. I get bored pretty easily and I like playing games as quickly as I can, so I'm a bit disappointed when I know what I want to do but I can't do it quickly. Why did you choose square wheels? It felt so dissatisfying to do the basic function in the game. The few levels I did play had some variety, but weren't designed in a way that taught me the mechanics of the game. An example of the type of level progression I would have liked: First, a straightaway. Then, a turning path. Then, something that involves backing up. Then, something that involves backing up while turning. Something like that. The levels I played felt unfocused, like the designer didn't have a clear goal in mind for each level, aside from "this level is different from the last."

I do like the lawnmower model + sound fx, very cute.

A neat puzzle game, although the dual-purpose theme is a tad weak. I like the movement mechanics, and there's a lot of content, but I found myself farming the easier levels for money to make my lawnmower better. Not sure if that's intentional! 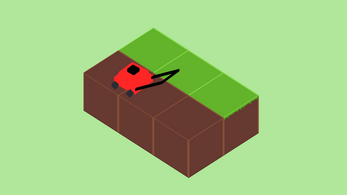 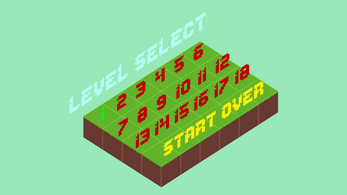 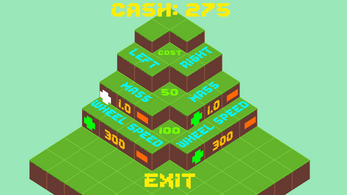